New research shows that hormones from the pituitary gland may contribute to movement disorders caused by brain injury. "Our results suggest that hormone-blocking, body side selective treatments can limit motor deficits, for example, after a stroke," says Georgy Bakalkin, Professor at Uppsala University. 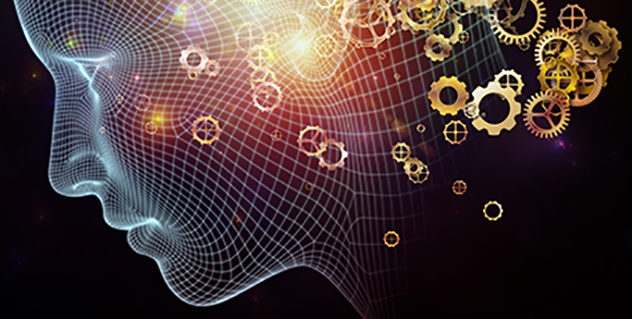 Damage to the brain is one of the most common causes of physical disabilities in adults. For example, blood clots or bleeding in one half of the brain can result in impaired muscle control in the opposite side of the body. In a new study, researchers at Uppsala University's Faculty of Pharmacy link these symptoms to hormones released in the pituitary gland, situated at the base of the brain.

“Such contralateral effects are usually attributed to abnormal activity in neural pathways that, from the brain cross the midline of the body and activate the spinal cord neurons that control muscles on the opposite side. Our studies show that rats with brain damage but no pituitary gland do not have these contractions. We attribute this to the lack of two specific pituitary hormones, ß-endorphin and Arg-vasopressin, and when we add these to rats without brain damage, they also develop contraction in one hind leg,” says Georgy Bakalkin, Professor at the Department of Pharmaceutical Biosciences.

Another striking observation was that one group of hormones produced pathological responses on the left side, while the other caused reactions on the right side.  In a following experiment, rats with injuries in one half of the brain received a hormone-blocking agent, after which these animals did not develop contraction in the opposite hind leg. The results indicate that the endocrine system in the event of a brain injury - via the hormones in question - transmits side-specific signals, and consequently that tailor-made drug treatments that limit the consequences of, for example, a stroke are quite possible.

“Our observations must be substantiated in further studies and animal models before more far-reaching conclusions can be drawn. But if future research confirms the effect of therapies that block these hormones, our findings are likely to enable new methods to treat movement disorders caused by brain damage,” says Georgy Bakalkin.

The study, an international collaboration between researchers in Sweden, Portugal, Denmark and Russia, was recently published in the eLife journal and is already attracting a great deal of attention. Partly because the scientific phenomenon described has gone largely unrecognized for so long, and in specific for the clinical possibilities that suddenly seem imaginable.

“This is truly groundbreaking research that opens up a new research area and demands a host of further studies. If the results are replicated, the impact, excitement and activities they will generate are likely to continue growing well into the future,” states Jonathan S Carp and Jonathan R Wolpaw, researchers at the State University of New York, in their analysis "Neurohormones: A major new dimension in the problem of brain injury”, published as INSIGHT in eLife.

The foundation of the study can be traced back to 1984, when Georgy Bakalkin presented his initial findings that hormones can provoke a side-specific, functional response. In collaboration with Nikolay Lukoyanov, Professor at Porto University, Bakalkin’s discoveries were observed in conjunction with brain damage. The research conducted in Portugal yielded results which in turn have been replicated at Lund University.

“We are now preparing our next manuscripts with a focus on, among other things, gene regulatory networks that are controlled by left-right side specific hormones. In collaboration with Professor Mathias Hallberg, we have also identified the Renin-angiotensin system as a relevant player, and aim to determine its exact function in brain trauma. In parallel, we are seeking grants to verify and further analyse the significance of this side-specific mechanism for muscle control after a stroke,” says Georgy Bakalkin.