Gambling strategies can be linked to the brain's reward system

The number of Swedes with some form of gambling disorder is today so large that the government defines it as a public health problem. Now research at Uppsala University shows differences in the brain's reward network between rats that make strategic decisions and those that make the most risky options. 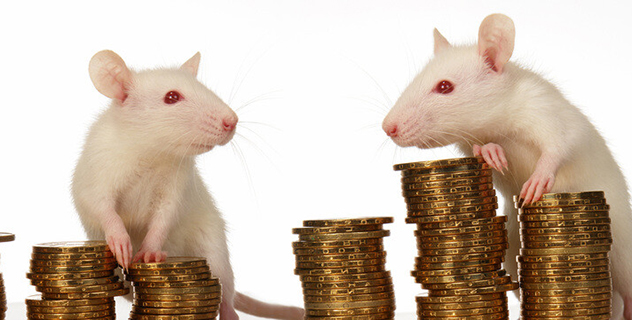 New technologies have made the path to addiction more of a maze than ever before. At present, we Swedes spend almost half of our waking life on digital pursuits, and the companies on the gambling market are happy to lead us via intense marketing to their range of online services. Recent statistics show that over 340,000 Swedes have some form of gambling disorder, that the number with serious problems is increasing rapidly and that fast online gambling is by far the most common problem for those seeking care.

“Since gambling disorder in 2013 was included in the Diagnostic Manual DSM-5, municipalities and region health authorities are obliged to prevent and treat gambling problems. The fact that society is thus facing a non-substance addiction requires increased knowledge, and research is currently continuously breaking important ground. At Uppsala University, we have in an ongoing study of rats discovered differences in the brain's reward system between the individuals who make strategic choices and those who make impulsive and risky decisions,” says Nikita Tjernström, PhD student in the group Neuropharmacology, Addiction and Behavior.

Spelberoendes Riksförbund – a non-profit organisation for gambling disorder – warned early on that Sweden was facing an impending public health problem, and statistics suggest that the 2019 re-regulation of the Swedish gambling market had further negative consequences for the large group of problem gamblers. In May 2020, the Swedish Public Health Agency recommended that gambling be included in the national ANDT strategy, and in March 2021 the Government confirmed that they will propose a renewed and broadened strategy where gambling is included in the overall work at national, regional and local level.

“The similarities in the brain’s reward systems of rats and humans have formed the basis for Uppsala University's and Sweden’s successful alcohol research. In our current project, we have applied these experiences in order to map how rats act facing different opportunities to be rewarded with sugar. We can see that while most rats quickly realise which choices are strategically favorable, a small group continue to make risky, suboptimal choices, and the differences become even clearer in impulse tests. When we gave them naltrexon, a substance used in the treatment of alcohol use disorders that is now being tested against gambling disorder, we observed how it dampened motivation and impulsivity, but saw no effect on the choices they made,” says Nikita Tjernström.

In a press release, the Swedish government states that people with a gambling disorder  often experience poorer health and financial problems. There is also a link to mental illness and research shows that the suicide rate among those with gambling disorder today is fifteen times higher than among the general population. Further alarming is that some 76,000 children live in households affected by gambling disorder, as well as the presumed connection between gambling disorder and risk consumption of alcohol.

“Our studies show that the rats that make risky choices to a greater extent also prefer alcohol over water. Using functional magnetic resonance imaging, we have identified higher activity in the reward systems of their brains, a highly relevant observation that we will explore further via analysis of different neurotransmitters with imaging mass spectrometry at Professor Per Andrén's facility. We will also explore how well our results translates to humans in collaboration with the Centre for Clinical Research Västerås, which in a unique study follows 2,000 young adults with a focus on lifestyle and its health effects,” says Nikita Tjernström.